Dispatch From the Director: Appreciating Those Who Answer the Call to Action 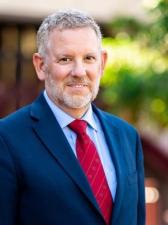 The war in Ukraine has moved all of us. It demonstrates the global connections we all share. Particularly vivid is the humanitarian need and the resulting refugee crisis. We all feel the call to action. This is no less true for those of us at the Institute.

TSC Institute affiliate and faculty member, Henry Posner III, recently jumped right in when the opportunity presented itself. Posner is the chairman of the Railroad Development Corporation (RDC) and RDC-Deutschland. In early March, RDC-Deutschland was contracted by the German government to transport Ukrainian refugees from the Polish border into Germany. Posner, who was on a scheduled trip to Europe at the time, made a quick detour to Germany to join the effort, and as it happened, he was one of two Russian speakers on the train. Here is how the Pittsburgh Post-Gazette described it:

"Mr. Posner has often been quoted saying that the foundation of his decadeslong railroad investment firm — based in Downtown but with seven rail businesses on three continents — is a functional passport and the command of four particularly useful languages: English, Spanish, French, and Russian.

It was in that capacity, as a 'Russian speaker of last resort,' that Mr. Posner boarded the late morning train to Hanover last week.

In the hectic days between RDC’s first contact with the German government and its first trip on March 10, one of Mr. Posner’s employees said this would be the most precious cargo the company would ever carry. Mr. Posner agreed. And he wanted to be aboard. He was already in Europe on business and took a quick detour to Frankfurt.

'For me to travel on the train and actually have a role which is productive is somewhat unusual,'he said."

Details of this critical operation to save human lives have also been shared in:

As we all hope for an end to this conflict, I hope you will join me in appreciation of those doing their best to help.