Dispatch from the Director: What is the Plan... 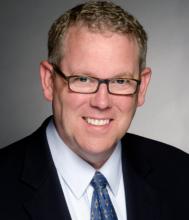 What is the plan…

The press related to the new U.S. government $1 trillion+ infrastructure plan is generating a lot of chatter. The percentage of funding destined to help rebuild aging roads and bridges and what actually constitutes “infrastructure” is having a lively debate.

The current version of the bill dedicates approximately $547 billion to primary transportation elements such as $343 billion for roads and bridges, including $20 billion for safety improvements, $109 billion for modernization of public transport, $25 billion for airports and $17 billion for inland waterways and ports. There is still extensive debate related to rail and additionally, how much Amtrak and other passenger rail transportation might get. Part of the contentious discussion is related to establishing grants, tax incentives, etc. to expand and support electrification of transportation.

What is likely to grab the attention among the transportation priorities will of course revolve around the how-to-pay-for-it debate. Issuing credits for electrification when the whole industry is already heading that way will get a lot of attention.

The current federal tax on fuel is $0.18 cents per gallon and has not been raised since 1993. Several states are experimenting with graduated fuel taxes and there is discussion occurring about taxes based on road use and total miles, and that would include electric vehicles. But ideas like this are likely going to disproportionally impact rural drivers and hit the transportation industry particularly hard.

Mike Frey, DTI board member and President of Pacific GeoSource, summed up this situation nicely, saying “While we are excited about the prospect of more access to Electric Vehicles and a cleaner earth to live on we also need to remain cognizant of the fact the EV will not change the way our roads and bridges fail nor does it promise to reduce the amount of traffic on the road. Roads will still need to be fixed just as rapidly as they are today. More EV means less fuel consumption which leads to less gas tax to fund the future fix. This all creates an interesting dilemma that we are eager to help the United States solve.”

Of course, the process is not complete, and compromises and changes are forthcoming. We are all dependent on Congress moving the initiative forward. We hope the ride will not get too bumpy.

Have thoughts to share about the proposed plan? Drop us a line at du-dti@du.edu